It's been an interesting time to reflect on leadership. While I'm currently in the middle of an MA in Hospice Leadership, the Church of England has produced The Green Report  (nothing to do with ecology!) about senior leadership in the church. Given the coherence and creativity of approach toward leadership training I experience among my hospice peers why, I ask myself, has the Green Report met with such an outcry and so much criticism? 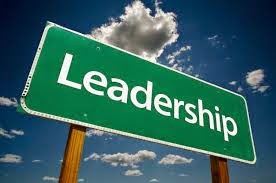 Michael Sadgrove (who has the wisdom of one who's been Dean of two Cathedrals with significant growth) writes a measured blogpost here in which he welcomes the new work that's being done to identify and develop church leaders while being cautious of some aspects of the report, especially its approach to spirituality.  Martyn Percy, long time Principal of Ripon College Cuddesdon and newly appointed Dean of Christ Church Oxford, writes in a more critical vein at here about the lack of any systematic theological approach to the matter.

The objections are mainly around what many see as the wholesale adoption of management-speak and the lack of theological and ecclesiological depth. I have  sympathy with this, but let me first say I'm heartened by the fact the Church of England is at last beginning to take the need to prepare leaders seriously. Some of us have been articulating the need for this for over two decades. I've been involved in setting up various leadership programmes and facilitating the only induction available for archdeacons, all on a shoestring/non-existant budget and mostly woefully inadequate. This has happened without any forum for co-ordinated discussion about what kind of leadership the church actually needs. The £2m budget over 2 years with £800k set aside annually thereafter recommended by this report does not seem unrealistic for an organisation the size of the Church of England if it wants to continue to have impact.

My concerns about the report are largely to do with process.

I have no objection to insight drawn from strategic and operational management contexts as long as it's not confused with leadership itself. The role of a leader includes understanding what is required for good management but leaders should not attempt to undertake direct responsibility for its provision. Leadership requires you to spend your best energy in other directions, taking key decisions about where to invest attention and resources for maximum impact. Leaders interpret context, understand the flow of information inside and outside the organisation and use influence to shape finance, funding, governance and accountability structures. They set direction and tone rather than become over-involved in detail. I'm not convinced the report shows that this is understood. Talk (for example) of bishops being involved in the detail of Ministry Development Reviews and even of archbishops participating in the leadership training modules on a regular basis makes me wonder if the authors really understand the relationship between management and leadership.

The process of training described in the report worries me because it takes an isolationist approach. There's really dynamic thinking about leadership beyond the world of the church but, apart from a non-specific allusion to a 'content supplier' for the proposed modules, the report says little about partnership. It gives the impression of being unaware of the many institutes, universities and companies that promote discussion between leaders and research about leadership. It gives the impression that theological and spiritual insight is the prerogative, primarily, of the leadership of the church; this is far from the case.

A few years ago I attended a Bayswater Institute course on complexity in organisations. It was attended by delegates from all over the world leading public, private and voluntary sector organisations. The sense of vocation to their role was palpable and spiritual issues were very much on the agenda. On the final day, delegates offered seminars in their own field. Almost every person on the course chose to come to a seminar offered on approaches to life after death. This said something to me about the profound degree to which all good leaders do what they do out of a very personal engagement with ultimate values.

The MA in Hospice Leadership I mentioned earlier began with a module on personal mastery which explored the interiority and being of the leader. Leadership wells up primarily from who you are; what you know and what you do follows on. The module gave us experience-based and academically rigorous opportunities to think about our vision, values, motivation and purpose. We spent time meditating, listening, being.

I'd like to see the group who eventually put together the church's training engage with sectors beyond the church to evolve their thinking about leadership. They should avoid a dualism that correlates church with spiritual and secular with non-spiritual. The report falls into this kind of dualism too often, for example, in the section where it polarises 'professional wisdom' and 'the wisdom of Solomon' or 'God-given wisdom'. Christian theological reflection on society is what the church distinctively offers and its leaders ought to be excellent and persuasive at this. But to develop these skills in isolation means that the church will never have much cutting edge. To contribute theological insight you have to be in conversation with other leaders who will challenge and interrogate you. It's important to resist any tendency for the church to talk to itself. This already happens a lot with so much leadership energy going into the synodical processes of the church which, while very worthy, do not engage the popular imagination or interest.

This report is a beginning. The attempt should be applauded. It's all too easy to criticise, and criticism can stifle the implementation of change. However, I would ask those responsible for acting on its recommendations to

The hospice movement offers an informative parallel with the church. Hospices are places driven by a strong sense of vocation, they utilise a wide range of skill sets provided by professionals and volunteers working together, they largely generate their income by inspiring people to give, they have a strong pull toward (a much younger) tradition and they are places where faith, symbolism, ritual and strong secularising influences are all in the melting pot. The movement is facing something of its own moment of crisis and opportunity. It was obvious a few years ago that, if the insights of palliative care were to influence the wider provision of health care, then the intentional identification and training of hospice leaders was urgently needed. These would be people who could drive the movement to contribute into the context of a rapidly changing demography, giving it new direction and a much more clearly articulated purpose. Changes in funding, the withdrawal of the Liverpool Care Pathway, greater patient involvement, funding streams and potential changes in the law about assisted dying were all factors demanding a new approach to leadership. Vital assistance and 'direction setting' has been provided by research done by Help the Hospices, now renamed Hospice UK which has commissioned a number of reports reflecting new thinking and co-ordinated and supported the training needs arising from these reports.

The Church of England needs something similar. I hesitate to call it 'Help the Church of England', but the archbishops need to commission some focussed, in-depth, coherent thinking about the future and how the church responds to the interests and needs of a rapidly changing population. Appropriate identification and training of leaders can only happen in a context where there is strong, clear, flexible vision. It would be very sensible to partner with other organisations. I think, for example, of the kind of work the Joseph Rowntree Foundation does in terms of investigating social issues. Hospice UK reports are reasonably readable (though perhaps in the 'could be better' category). The form and language of Church of England reports is notoriously indigestible. In particular, they have a habit of including every conceivable possibility when defining a role. The Green Report falls into this trap; I'd like to see a slimmed down and shrewdly prioritised view of both role and curriculum but I don't see much hope of it emerging from this report. Some serious consideration needs to be given as to how the archbishops and bishops engage in the task of communicating emerging vision (and I sense there is some new vision and wisdom around) to their senior leaders and, through them, to worshippers and those beyond the church. I'm not advocating yet another group or working party - I'm thinking of a loose 'institute' approach with well articulated guiding principles and a number of projects and individuals working in different ways.

Finally, I thought the little section on suffragans was very telling. This was a point at which some of the shadow assumptions with which the group were working slipped out. The report talks of 'cherishing the role' and 'privilege'. Leadership is precisely not about cherishing roles but rather about creating and developing the roles that are needed to serve the vision. If we think it's about privilege, perhaps we ought to read the Gospels again.
Posted by Janet Henderson at 10:32

In Celtic mythology birds are messengers between this world and the next, aiding mortals on their spiritual and earthly journeys For days I&... 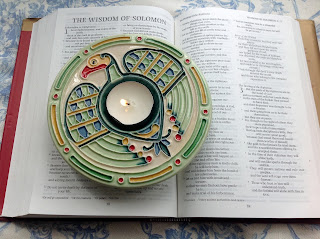 Visit my other Blogs

True silence is to the spirit what sleep is to the body, nourishment and refreshment.

Tolerance is the consequence of humanity. We are all formed of frailty and error; let us pardon reciprocally each other's folly.

Economic growth accompanied by worsening social outcomes is not success. It is failure. 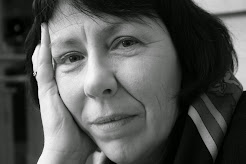 Janet Henderson
Currently writing and freelancing in a number of roles, my journey has included teaching theology with the Cambridge Theological Federation and being an archdeacon, parish priest, hospice manager and renal nurse. I've served as a Director of St John's College, Durham, as a Trustee and Chair of Clinical Governance at St Michael's Hospice, Harrogate, as a Trustee of Marrick Priory, an outdoor adventure centre in Swaledale and as a member of the Advisory Group for CODEC, a Biblical literacy and digital space project at Durham University. I attend Quaker Meeting, practise Tai Chi and love singing, playing the piano and swimming.